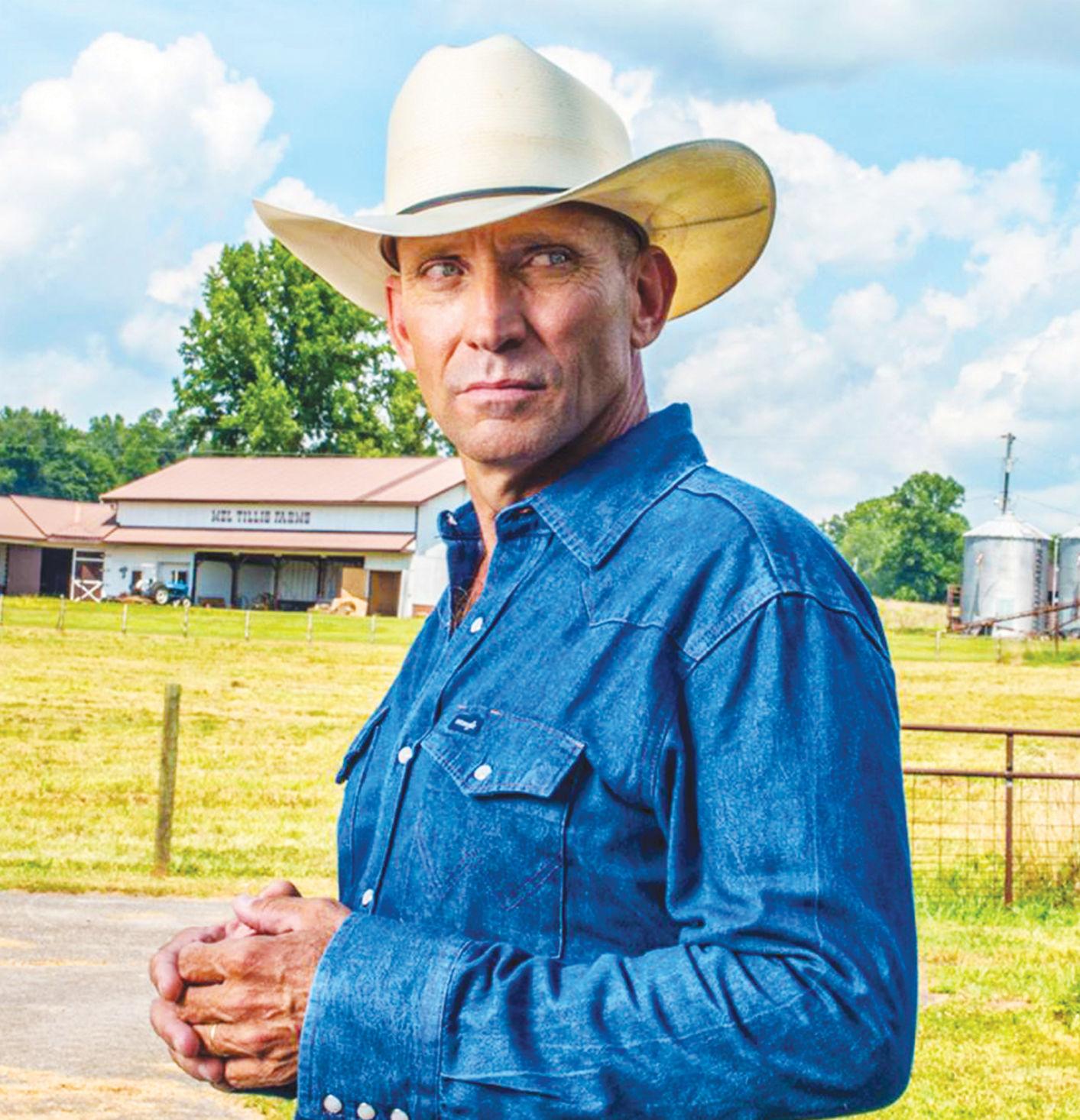 Grammy nominated singer/songwriter Mel Tillis, Jr. is proudly carrying on the musical tradition set forth by his father, Country Music Hall Of Famer Mel Tillis. As a performer, “Sonny Boy” has appeared on stage not only as a solo act and with Mel Tillis Jr and the Memory Makers, but also with his late father touring coast to coast. As a songwriter, Mel Jr. has had songs recorded by Reba McEntire, Trace Adkins, Lee Greenwood, Ricky Skaggs and many more. He also received BMI honors as cowriter of Jamie Oneal’s #1 Grammy nominated hit single, “When I Think About Angels”.

Texan Justin Trevino hasn't let his blindness stand in the way of fulfilling his musical dreams. Picking up the guitar at age seven, Trevino discovered that the only way to utilize the chords he was learning was to sing songs along with them. Trevino's father convinced local club owners to let his teenage son perform and he worked his first professional gigs at 13, playing in juke joints and honky tonks in the Austin area. Performing with his hero, Johnny Bush, Trevino was pushed into the spotlight at age 16 and worked steadily as a member of Bush's Bandoleros as well as backing country legends like Hank Thompson, Kitty Wells, and Wanda Jackson. The young musician's home demos were the basis of his independently released debut album Texas Honky-Tonk, followed by Loud Music & Strong Wine, recorded with members of Johnny Bush's Bandoleros and the Pure Texas Band as well as steel guitarist Jimmy Day. Lone Star Records released his third album Traveling Singing Man in early 2001. Calling in Cajun singer Jimmy C. Newman and rockabilly mainstay Wanda Jackson, Trevino released his fourth record, The Scene of the Crying, in 2002. He has since released several additional albums, and traveled extensively with the Texas Road Show.

Landon Dodd was born on August 28th 1974 in Fort Worth, Texas. He has always loved the traditional country music sound and shuffle beat. In 2006 and formed his current band, The Dancehall Drifters. Since that time, the band has entered and won the 92.1 KTFW’s battle of the bands contest. They performed at Legend’s Fest in Sundance Square with acts like Tommy Alverson, Johnny Bush, Johnny Rodriguez, Doug Stone and Earl Thomas Conley. The band has opened for Gene Watson, Johnny Rodriguez and Moe Bandy. Landon Dodd and the Dancehall Drifters were also the Academy of Western Artist pure country band of the year. Dodd’s first CD “Call of the Wine” produced by Jim Loessberg, debuted on January 13, 2010 on Heart of Texas Records. It features the Texas A Team Musicians along with two special duets with Amber Digby and Leona Williams. Several of the songs off of “Call of the Wine” can be heard Willie’s Place on Sirius/Xm Satellite Radio along with FM stations in Texas, The Southwest and Europe.

THE SPECIAL CONSENSUS is a four person acoustic bluegrass band that formed in 1975 and released the first band recording in 1979. In 1984, Special Consensus created and began bringing the Traditional American Music (TAM) Program to schools nationally and eventually internationally. The band has appeared on countless cable television shows (including The Nashville Network) and National Public Radio programs and received a standing ovation after the first band performance on the Grand Ole Opry at Nashville’s historic Ryman Auditorium. International tours have brought Special C to the United Kingdom, Canada, Europe, Ireland, South America and Australia. The band has also performed in concert with many symphony orchestras, complete with orchestral arrangements of songs from the band repertoire. “Scratch Gravel Road” (released by Compass Records in 2012) was nominated for the Best Bluegrass Album GRAMMY Award. Two songs from “Country Boy: A Bluegrass Tribute To John Denver” (Compass Records, 2014) received IBMA awards for Recorded Event of the Year and Instrumental Recorded Performance of the Year and the tune “Fireball” from “Long I Ride” (Compass Records, 2016) received the IBMA Instrumental Recorded Performance of the Year Award. The 19th band recording “Rivers And Roads” (Compass Records, 2018) garnered two IBMA awards for Album of the Year and Instrumental Recorded Performance of the Year and a GRAMMY nomination for Best Bluegrass Album. Known as “The Grateful Dead” of Creole music, Creole Stomp (returning from 2018) has traveled the roads performing across the United States for nearly two decades. Fiddle, cajun accordion and slide guitar driven sounds have rocked festivals, dance halls and theaters from Rhode Island to Louisiana and Colorado. Led by founders Dennis Stroughmatt and Robert Russell, the Creole Stomp experience has been felt by thousands of satisfied fans screaming for more..... ......Blues, Zydeco, Swamp-Pop, Honky-tonk, Cajun Swing....Creole Stomp is an experience you won’t soon forget....

Dylan and Alaina bring together over 30 years of combined experience playing music at a professional level, despite both being in their mid 20's. Alaina's warm soothing vocals, mixed with Dylan's finely crafted fiddle work provide a show that slows the audience and opens the ears, giving time for the audience to fall in love and maybe more importantly, think about what they value in life.

Hailing from Vincennes Indiana, Dave will once again be joined by his ensemble, the largest band to hit the stage in 2018. They’ll be performing your folk and rock favorites. From Urbana IL, the Backyard BBQ Band plays music that's perfect for a backyard party including traditional country, blues, western swing, folk songs and more. From Hank Williams to Louis Jordan, from New Orleans to Chicago and back again, the goals of each show are to play good music and have a lot of fun. Doug Schroer on harmonicas and Rob Krumm on guitar are the head chefs at this BBQ, and they always recruit a number of friends to fill-out the band. For this gig, Greg Bigler will be playing bass and they expect that a couple of other friends will sit in as well.

Acoustic blues musician Robert Russell has been on the road with Dennis Stroughmatt and Zydeco band Creole Stomp for more than 16 years. Russell fell in love with acoustic and Mississippi blues as a teenager in North Carolina, where he was exposed to the southeastern or "Piedmont" tradition of blues. His acoustic blues performances provide an opportunity to hear how blues sounded before it moved to Chicago.

Mikayla is a small town musician, singer, and songwriter active in the Jake Hoult Band as well as her solo career. She’ll be bringing her own brand of contemporary country music. Kids and Adults alike will enjoy learning about a wide array of musical instruments, both past and present. Better yet, it will be a “hands on” experience that is sure to be remembered for a lifetime!

They may not have hit the big-time yet, but here are some names you may be hearing from in the near future. First Place prize awarded by the judges will be $250. Best yet, the winner will be scheduled at 11am Saturday, June 20th, on the 2020 Roots’N’Que Main Stage! Prior Entry is required. Deadline is June 17th. See “Schedules & Forms” page to enter.

Have you ever been intrigued by the sounds of the Dulcimer? Wabash Roots’N’Que is proud to welcome back the Dulcimer Friends from the New Harmony area to Mount Carmel. The group will give instruction, perform, and offer material for sale at the Wabash County Museum. Bring your own Dulcimer if you’d like to play along!

Farming has been the backbone of rural America and that heritage has been preserved in an extensive body of traditional and contemporary folk songs that tell the stories of the hardworking people who have struggled to live this way of life for generations. From traditional songs like “The Farmer is the Man,” to the dust bowl ballads of Woody Guthrie, to the works of contemporary songwriters, the subject of farm life has long been fertile ground for folk musicians. Award winning folklorist and songwriter Chris Vallillo performs a handpicked selection of the most poignant of these songs (using six-string and bottleneck slide guitars and harmonica, and weaving original, contemporary, and traditional songs and narratives) as a way to look at the past and the future of the family farm. 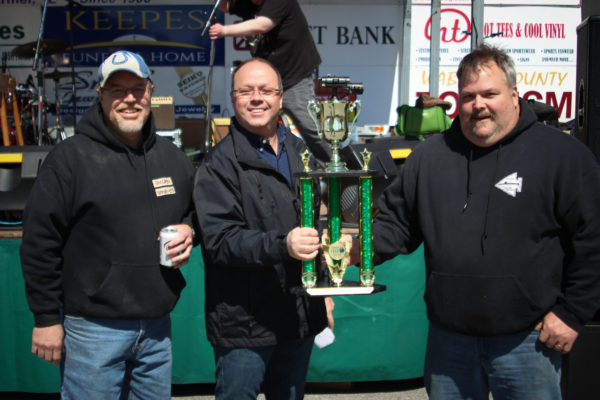 Smoke On the Wabash Barbecue Competition

Open to BBQ’ers of any experience level, here’s an opportunity for anyone to be the Master of the Smoker. Up to 28 participants will vie for trophies, cash prizes and braggin’ rights in 3 categories. Competitors are also given the opportunity to sell to the public for an additional fee. Deadline to enter is Friday, June 14th. See “Schedules & Forms” page to enter.

Fast & Furious! That's how you'd describe the Annual Kiwanis Wabash Cannonball Downhill Derby. The thrill begins at 2pm as dozens of amateur daredevils in homemade racers hurtle to the bottom of the nearly five hundred foot track. This is the 6th Annual Race, and the competitors are ready to go! Plan to come out, bring a chair if you'd like, and watch the action unfold!

Located near the RNQ Main Stage, you’ll find a wide selection of products. Carded entry will be $10.00 (wristband good both Friday & Saturday), and includes one beverage. Additional beverages are $5.00.
Toggle the Widgetbar